Kale is unforgivably trendy. During London Fashion Week, kale ice-pops were on the menu. I imagine one levitates with virtuousness after horsing into such a lolly. Every glossy magazine on the circuit seems to have a kale smoothie recipe by an equally glossy celebrity.

I fear what’s next. Cauliflower juice?

Truth is, kale is almost celestial. One leaf of this supergreen would have an acre of broccoli blushing.

For a start, it has more antioxidants than the much-coveted blueberry. We like antioxidants for their moves against damaging free radicals loitering in our system. Think Lara Croft in the blood stream.

Gram for gram, kale has almost twice the vitamin C as an orange. This vitamin is hailed as our skin’s greatest ally against aging (and dodgy office bugs). And kale’s stock of iron is even higher than spinach. Bad luck Popeye.

I’m still trying to make friends with this super-veg. It’s not easy. But here’s one way it canters onto our dinner table (see below). We love roasting the leaves on high for 8 minutes, and dusting with some sea salt, cumin and garlic granules. That’s also fab, and worthy of flirting with the next time a DVD night hollers. 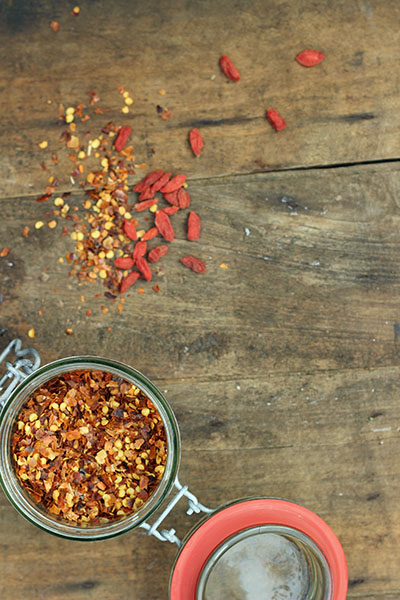 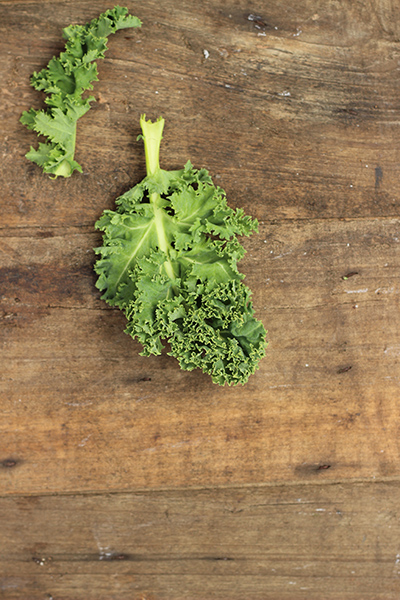 This recipe is lightly adapted from “A Change of Appetite,” Diana Henry’s accidental pilgrimage to the rich lands of nutrients and superfoods.

I love it so much, I keep it under my pillow (the book, not the pesto).

We regularly serve kale pesto tumbled through a plate of baby potatoes and goji berries, but Diana recommends wholewheat linguine. For a double dose of greens, she adds steamed broccoli too. Expect a cavalry of antioxidants to charge through your veins.

Photograph “A Change of Appetite” by Diana Henry

Wash the kale well, and strip the leaves from the tough stalks. Toss the stems onto the compost, or juice them with apples and lemon for a ‘detox grenade.’ Stop sniggering, I’m almost serious.

Bring a large pot of water to the boil, drop the leaves in and cook for 5 minutes. Strain the hot water, and transfer the cooked kale to an ice bath to keep its neon green glow and stop it cooking any further. Dry the bunched leaves thoroughly. I use a salad spinner for 2 minutes.

Put the chilled cooked kale into a food processor with the remaining ingredients. Briefly pulse for 5-10 seconds until you reach your desired consistency. We don’t want a puree, so go easy on the buttons Sargent. You’re aiming for little flecks of kale and anchovy. We doubled the quantity of anchovies, but I don’t think Diana shares my fetish for these chaps. You might not either.

Taste, and air punch. We used Desmond and Gabriel cheese made in Schull Co. Cork by Bill Hogan (who happens to be a former employee of Martin Luther King. You like him already, right?) Hogan is an outrageously talented artisan and cheese maker. His produce is like aged Irish Parmesan. This kale pesto is part shrine to Hogan, part shrine to Henry.

Bring it into the office with you, and let everyone rub your halo.