This Sunday 21st December, in the Sunday Independent, I have a big spread on catering for vegetarians and vegans in the family. That’s right – no turkey or ham #WTAF

These look so impossibly gorgeous perked up on their plate, dribbling with boozy sweetness like Kathryn Thomas at 4 o’clock on Christmas Eve. What a dish, I say.

Do them one day in advance so that you can sit back and enjoy everybody else’s chaos. Devastatingly good with thick soya or oat cream. 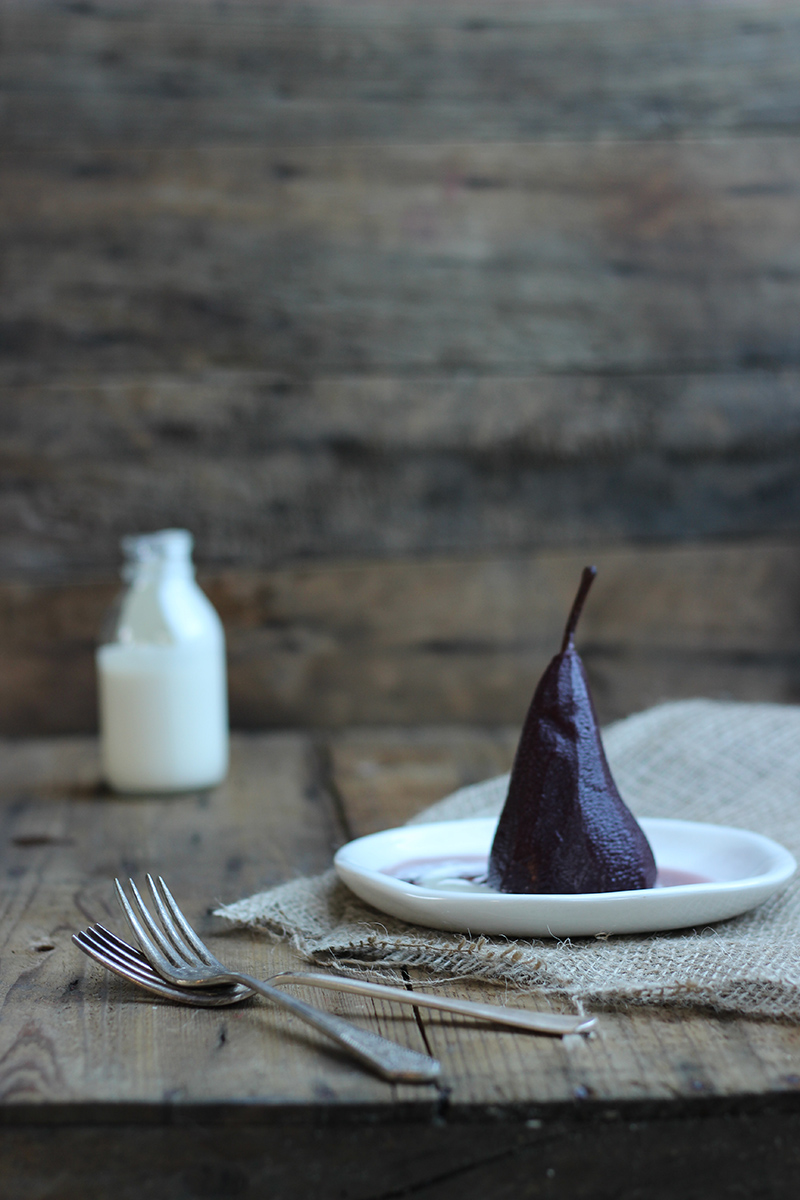 Bring the red wine, your chosen syrup and the juice of 1 orange to a rolling boil. Add the cinnamon, the cloves and the star anise, letting it simmer for 5 minutes while you peel the pears. I like leaving the stem intact and slicing the bottom of the pears to create a flat base. Gently place the peeled pears in your poaching liquid, cover, and simmer for 20-25 minutes. It’s useful to turn the pears every so often to ensure even colour.

Remove the saucepan from its flame, uncover and cool with the pears still upright. Once cool, cover and chill in refrigerator until dessert time. Remove the pears delicately from their liquid and leave at room temperature. Meanwhile, reduce the poaching liquid over a medium-high flame for 25 minutes, until the liquid is more viscous and slightly syrupy.

Serve the pears on individual plates, and drizzle with the licky-sticky poaching liquid, a dollop of yoghurt or cream, and some mortifying Christmas photos.